With some sadness I must report that as of October 5th 2014 the QRP Homebuilder web site of Todd Gale, VE7BPO is no longer with us.

QRP Homebuilder was one of the truely great Internet resources for the electronics enthusiast. A collection of homebrew experiments explained in simple, clear, practical terms with working examples. Intermixed with some truely outstanding graphics and images, all of which made the QRP Homebuilder web site an absolute standout.

After the loss of a lengthy and protracted battle with an Internet Service Provider (ISP) over maintaining suitable levels of service bandwidth for the site. Todd made the difficult decision to pull the site entirely. Rather than have it limp along in lame duck fashion.

The good news is that there is a silver lining to this dark grey cloud. And not all has been lost to the great “Bit-Bucket” in the virtual sky.

Todd is launching a new Blog which will be available here:-

Todd has also graciously archived just about the entire content from the original QRP Homebuilder web site into one single large (~40Mb) PDF file. Which will be made available for download from several Amateur Radio blog sites. Including this one! And so with Todd’s permission I am very, very pleased to be able to offer the following download link:-

Viva QRP Homebuilder and thanks Todd! 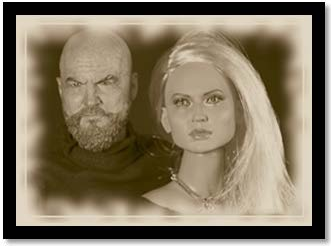 Some time back I read about an Amateur who had discovered a copper foil with an adhesive backing. He was experimenting with using it for PCB
construction. At the time I thought;- “I must try that”. It took quite some time but I finally found some to play with. 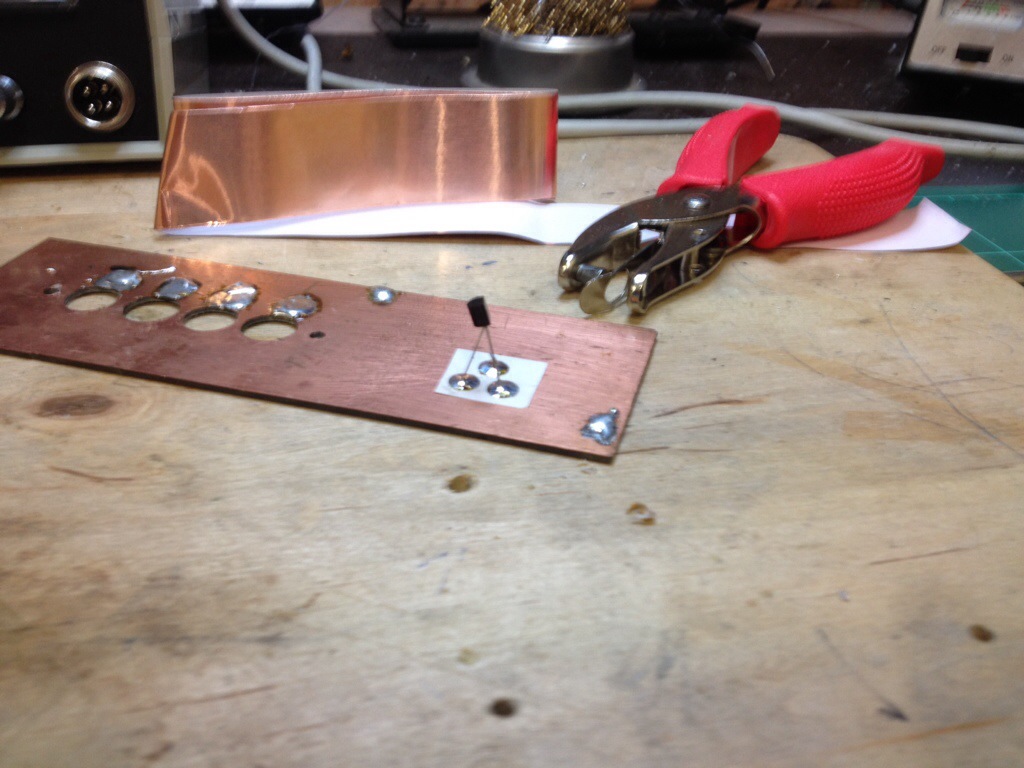 Now I wish I could properly credit where the original idea came from (It was not mine) but it was so long ago I’ve forgotten which Journal I was reading. Perhaps GQRP Sprat or maybe even VK-QRP Lo-Key.

Anyway, I finally found some copper foil. The like of which I think was being referred to in the original article. I found it on eBay (where else) and ordered a small roll. I gather it’s intended purpose is for creating RF shielding for enclosures.

The blurred image above (Sorry, I’ll take some better photo’s later) shows the result. A paper hole punch for creating confetti dots was used to punch out some pads. Three dots were then stuck to a white sticky label on top of the PCB. Then a transistor was soldered to the dots.

Is it quick and easy? So much so that I won’t be picking up my Dremel again? No, not yet. At least not without some refinement. The cheap hole punch causes the foil to buckle. A more expensive two-hole punch works fine but you can’t easily see to properly align the holes your punching. So you end up with a lot of wastage. Of course it is dead easy to cut odd-shaped rectangles with a pair of scissors.

Even the act of removing the backing tape from the “dot” and sticking it down is fiddly and somewhat time consuming.

But with some refinement the technique shows obvious promise. So while the Dremel may not be due for retirement any time soon I can see a “hybrid’ construction technique developing.